Today is about a month since the end of the $3 Diet. 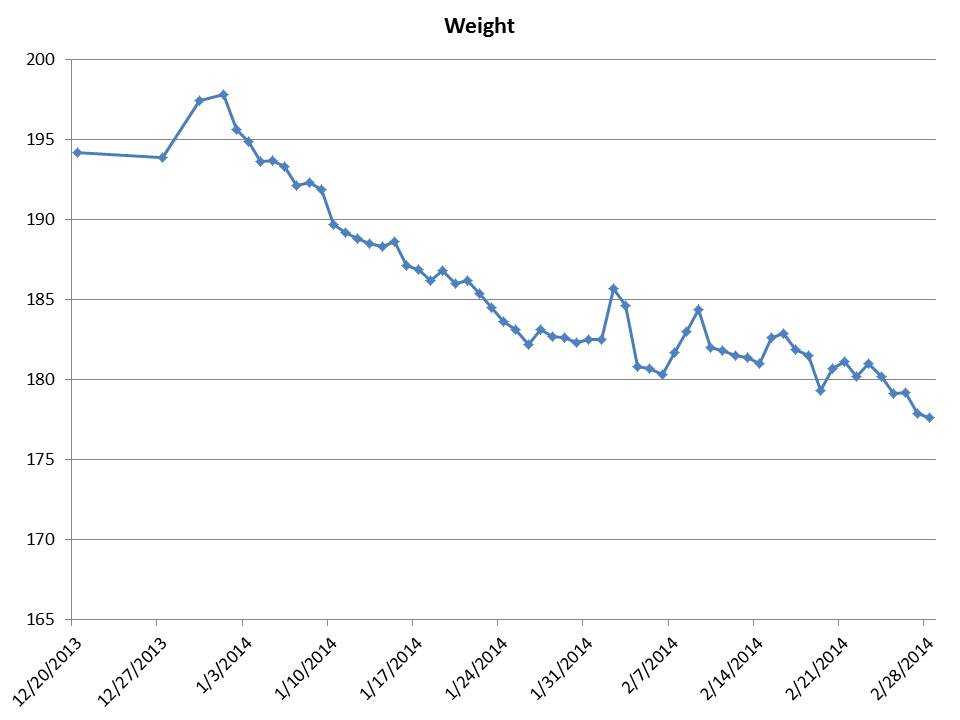 I'm pleased to report that I continue to make progress on my personal goals of eating healthier and losing weight. Regarding weight loss, I ended the $3 Diet at 182.5 pounds. As of yesterday, I was 177.6 pounds - an additional loss of 4.9 pounds. The process was not smooth as you can see - it felt like I hit a plateau at about the 182 mark - but in the last few days something seemed to have changed and I suddenly made some losses. 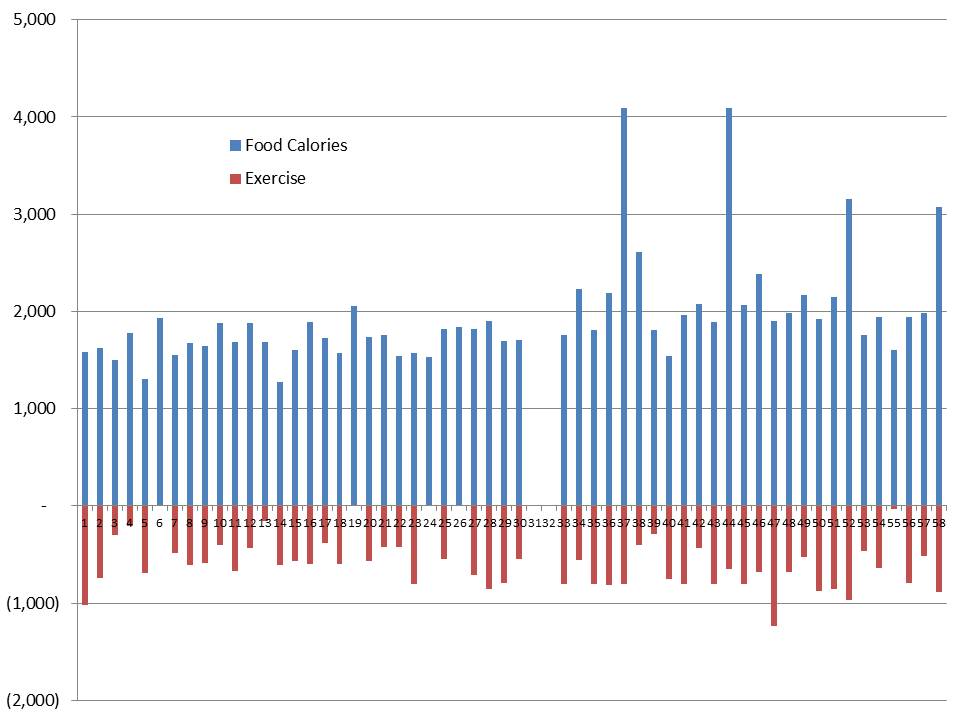 It's interesting to compare the patterns of consumption in terms of calories between the two months. I have a habit of binging a bit on the weekends, but overall I think I am consuming a healthy number of calories. The content has improved since before the $3 Diet. I'm making an concerted effort to include more fresh fruit and remove as much processed food as is reasonable from my diet. A typical breakfast is now either cottage cheese or Greek yogurt with berries, and another piece of fruit later in the morning. I'm still trying to avoid eating out during the day, packing left overs for lunch most days - this helps me avoid old standby's like chips and cold cut sandwiches. I haven't been back to McDonald's or other fast food burger joints since I started on the $3 Diet. I have had one burger - but it was at a nicer burger joint. I haven't had any soda since before the $3 Diet. I've replaced soda with sparkling water - it works mostly.

I have brought beer, wine, and other liquor back into my diet. This addition largely makes up the difference in average daily calorie consumption between while I was on the $3 Diet and now. Most days I have a few hundred calories going to beer or wine. This is something I need to continue to reflect on as I try to improve my overall health.

Also as I mentioned, I have started using a FitBit Flex to track my daily physical activity. Exercise calories since 15 Feb 2014 have been tracked by the Flex. I compared the total credits at the end of the day for about the first week vs. what I had estimated for myself using LoseIt.com's exercise values and found the corresponding values were reasonable, so I am relying on the Flex to give me my exercise credits now.

It isn't easy to stick with this program. It's really tempting to let the binging become the norm. I'm working on it, one day at a time, as they say.
Posted by Mark Bonica at 1:06 PM 2 comments: